Traditionally in the last weekend of January in the capital of France took place the most prestigious Karate tournament as part of the series Premier League – Open de Paris. In this magnificent event took part more than 1200 competitors from 351 clubs, representing 75 countries from the whole world. On such a record-breaking attendance definitely had a crucial influence the decision of the International Olympic Committee about including Karate into Summer Olympic Games in Tokyo. One of the main criterion of receiving an Olympic qualification is owning the highest scoring result in the official ranking of the World Karate Federation. The first four athletes of the classification will be automatically qualified as participants to the Olympics in Tokyo. The valuable points are also gathered thanks to successful participating in the series of the Premier League contests. 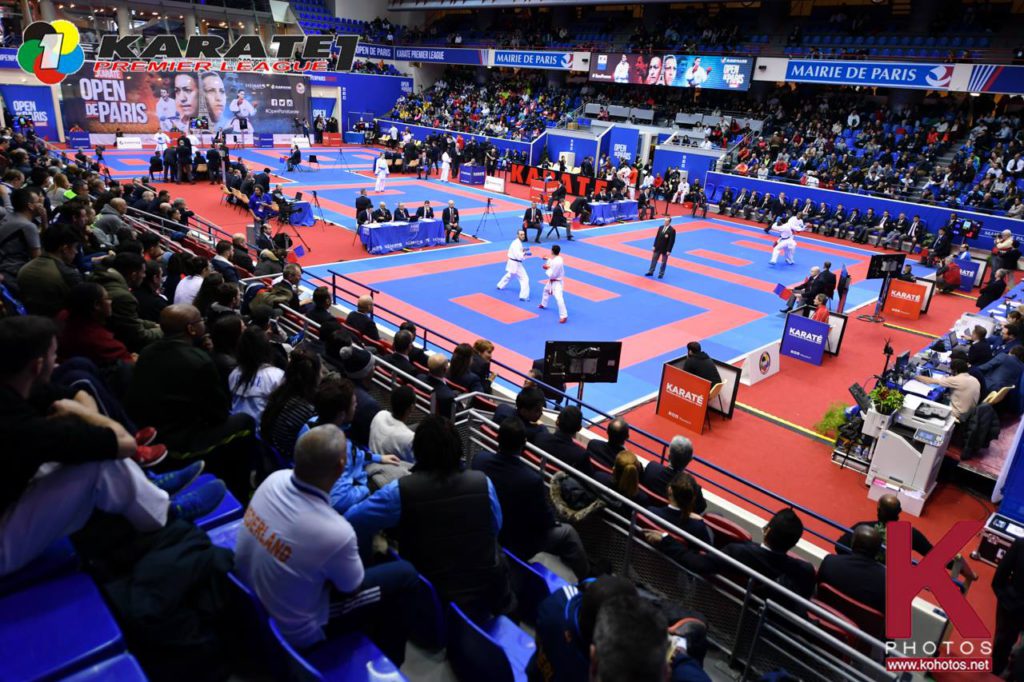 In the competition of Kata Individual Male their dominance reaffirmed the representatives from the Blossom Cherry Country, who gained all places on the podium. This extremely strong category, in which participated 155 contestants, won the actual World Champion from Linz – Ryo Kiyuna. To achieve the final success he had to struggle 7 fights. It is also worth mentioning that a very satisfactory result achieved the foster student of respectful coach – Santo Torre – just 18 years old Giuseppe Panagia. After “fratricidal” final, in which faced two Italian teams, finally he got the silver medal. Giuseppe has repeatedly fought at The Polish Open competition in Bielsko-Biała. In 2016 he won in the category Kata Individual Male Juniors. 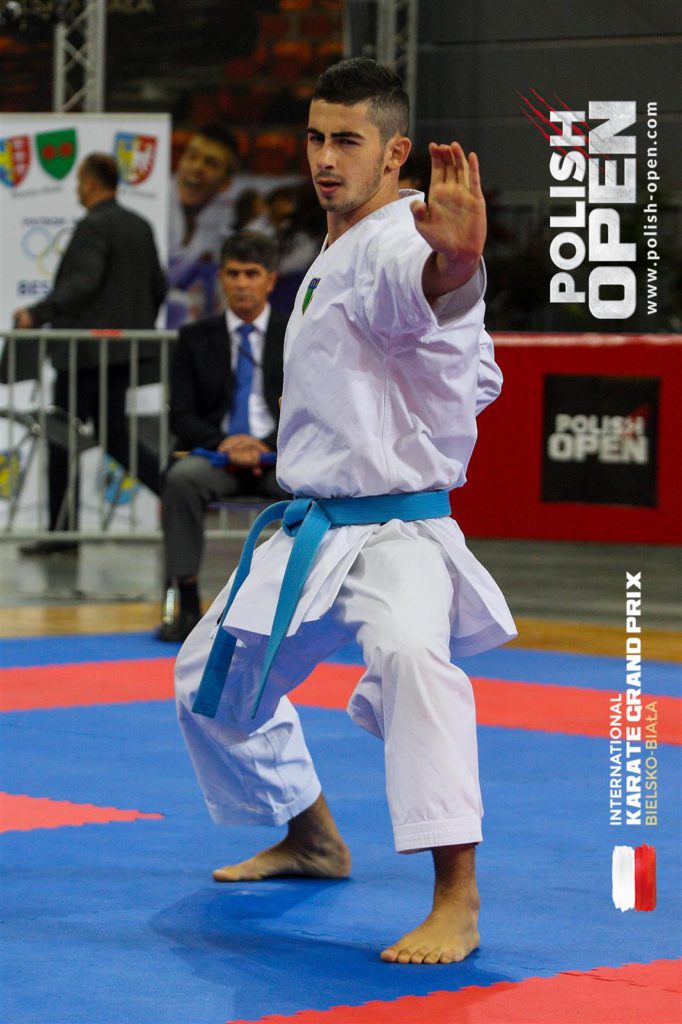 In Paris we had an opportunity to observe the fights of many athletes who regularly arrive to Bielsko-Biała. The gold medal in Kumite (-75kg) went to the representative of Ukraine – Stanislav Horuna, who in Poland lost his final fight with the representative of Finland – Aaro Touminem. In the competition Kumite Female (-68kg), after a very fierce fight with the brave representative of the hosts, the silver medal went to the prize-winning female athlete from Azerbaijan – Irina Zaretska. The same result she obtained during our Polish Open, losing the final with the contestant from Iran – Taravat Khaksar. 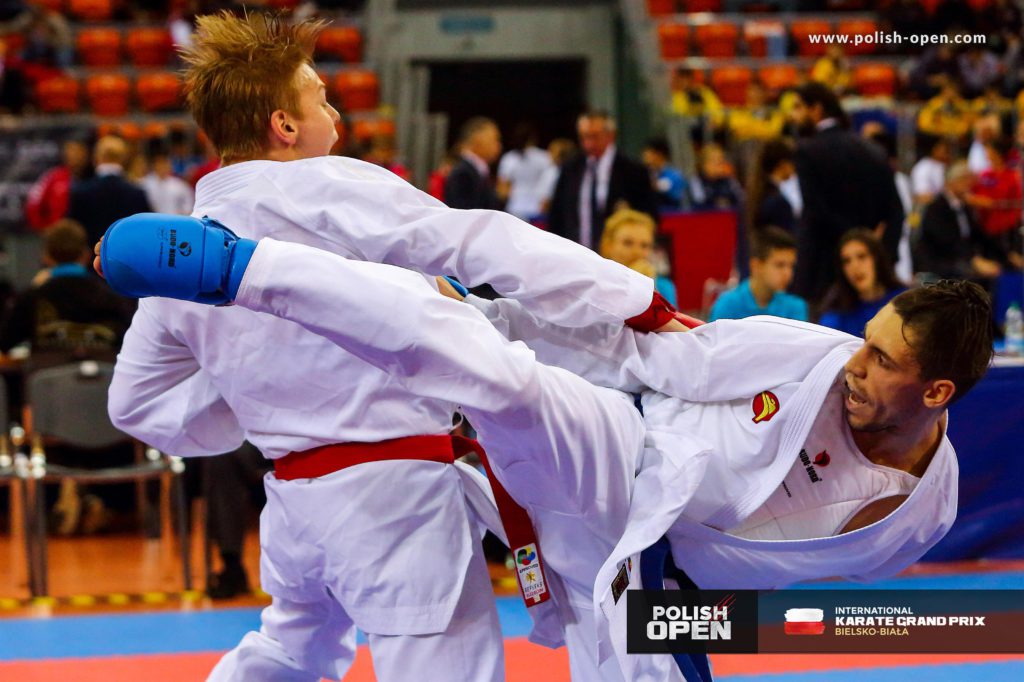 Unfortunately, the athletes from Poland did not get any medals. The best result achieved Michał Bąbos who won two rounds in Kumite Male ( +84 kg) competition. In Bielsko-Biała Michał won the third place winning the repechages fights. 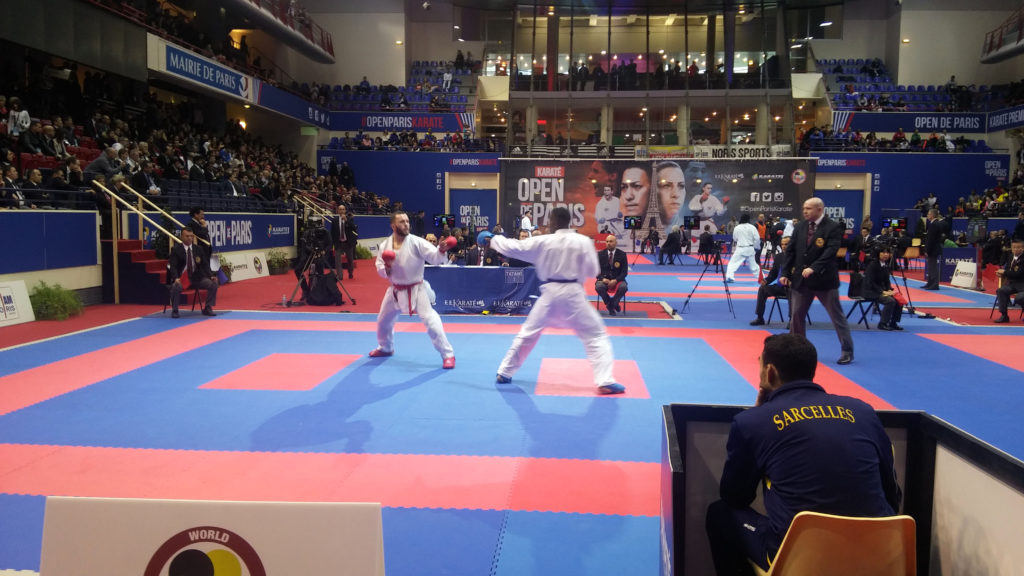 Both the sporting level of the contestants and professional organisation of the whole event resulted in achieving a very successful result. Sunday fights for the bronze medals and extremely emotional finals had live streaming on TV and also on YouTube in Pay-per-view system. It is worth mentioning that for the first time was used the new system of Sportdata Company for operating Video Review with using four camcorders and special controllers for coaches.

Next competition from the series of Premier League will took place between 17-19.03.2017 in Rotterdam.