Welcoming words of the President of Polish Olympic Committee 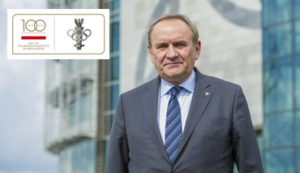 On behalf of the Polish Olympic Committee and on my own behalf, I would like to join the invitation of the Polish Karate Union to participate in this year’s competition of Polish Open.

For many years the Polish Olympic Committee has followed with interest and attention the development of the national karate, noting a constant increase of interest in this sport among the Polish young people of both sexes. We are convinced that an important impulse for the further development of this discipline all over the world, including in our country, it is her Olympic ennoblement, that is – enabling competition karate fighters to already the next Olympic Games.

The next year’s tournament at the Olympic Games XXXII in Tokyo and a very real prospect of the participation of Polish representatives in it, represents a huge challenge for the entire environment of the karate above the Vistula River. I’m convinced that the authorities of the Polish Karate Union, as well as all competitors, coaches and activists, will do everything in order to ensure that our team in the capital of Japan will show itself at its best and will achieve satisfactory results.

One of the important steps towards the Olympic start-up is undoubtedly this year’s Polish Open tournament, held as a part of the celebrations of the 100th anniversary of the establishment of the Polish Olympic Committee. We hope that strong national teams will participate in this tournament, which will guarantee its high level. Therefore, we invite you once again to join this sport event and we ensure that our guests will meet in Bielsko-Biała good conditions of stay and of start, as well as a traditional Polish hospitality.

See you soon in Poland!